Finding the wood in the trees. A PhD – Part 1 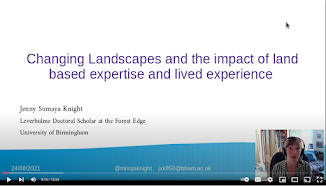